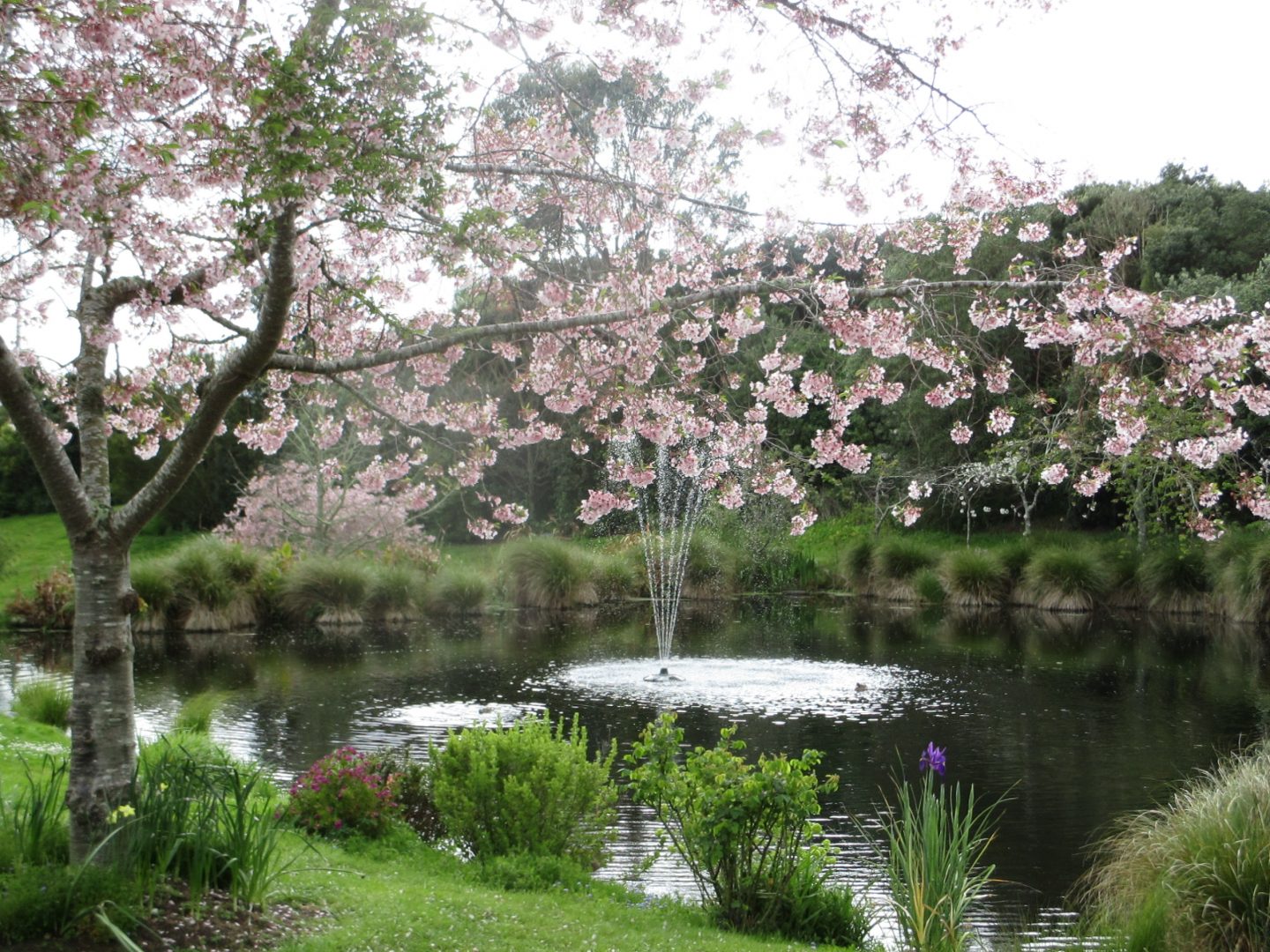 Hello Japan Society members. Recently, with my parents, we attended the annual Palmerston North ‘International Spring Festival’, held on the IPU campus on the 29th of September 2018. The weather was typical for spring, flea rain throughout the day, but that did not deter the number of visitors eager to see the Cherry Blossoms bloom, or Hanami. This was also a chance to practice ones Japanese with the students.

The day kicked off at 11:00am’ish with the IPU’s Kodama drum troop in the recreation hall. Their performance is always an intense experience of traditional Japanese drumming.

Throughout the campus each of the classrooms were devoted to various family fun activities. Shodou (calligraphy), origami (paper folding), kingyo sukui (gold fish fishing), obakeyashiki (haunted house), martial arts demonstrations and displays of the various cultures around the Pacific Ocean. I tried my hand at making an origami samurai helmet, kabuto. The girl demonstrating was impressed with my conversation skills.

There were of course food stalls of the various cultures and an enka performance. One stall was advertising Japanese Ramen and had two guys in cosplay. One was in Kendo armour, and the other was in a maid outfit. I asked if I could get a photo with them.

With so many activities happening at once it was hard to see everything. The activities continued until 4:00pm, but sadly I only stayed until 1:30pm as I had other errands to attend to. I will be sure to return to the festival next year.