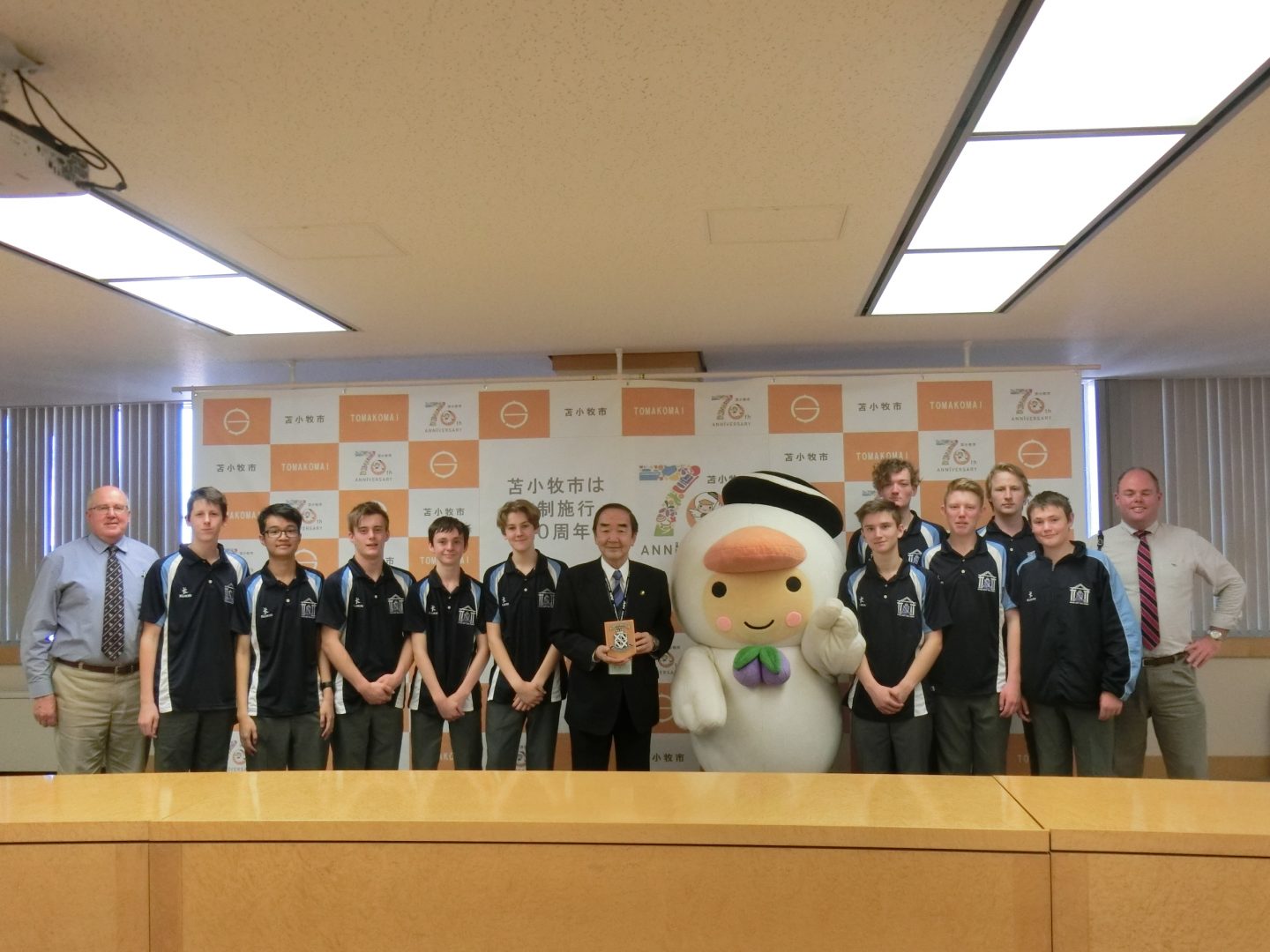 The attached photo shows Mr Iwakura (centre), the Mayor of Tomakomai, Napier’s Sister-City, welcoming a group of Napier Boys’ High School students and their teacher, Mr Sam Englebretsen (on the right in the photo). With the group, on the left in the photo is President of the Japan Society of Hawkes Bay, Mr Robert Arrell, who organised the visit to the Sister-City. Ten students from the school fundraised themselves over the past two years and spent three days in the Sister-City with host families. As part of the trip they also visited Sapporo, Tokyo, Hiroshima, Himeji and Kyoto. On several occasions they needed to practise their Japanese language skills, and the highlight for all of the boys was being welcomed into a Japanese home and learning the Japanese lifestyle during their stay in Tomakomai. Beside the mayor is the mascot of Tomakomai – ‘Tomochops’, supposed to be a depiction of the white swan which nests on a lake near the city. The photo was taken on October 4th, 2018.